Hello everyone! This week, I’m publishing Taylor’s first post with Pro Story Builders! Be sure to leave a comment and mention some of your favorite villains. Enjoy!

Villains are always written as the troublemakers. They always get in our heroes way. So naturally we love to hate them. However, we do not give them enough credit. Without the antagonist, the protagonists would have no ruble to emerge from.

The common mad scientist, bank robber, gang member, or evil stepmother/queen has been done to death. If you have to include a character like that, give them something that makes them stand out.

Not All Bad Guys are Created Equally

Look at these characters. Each has been done before, but take note of how they avoid character cliché.

He – who – shall – not- be- named from the Harry Potter was destined to a horrible life from birth. Voldemort’s mother used magic to trick his muggle father into conceiving him. He paid the price for that by not being able to feel love or friendship.

All bad guys must have something to make the readers empathize with them.

Imagine being incapable of making friends or having your first crush. Sometimes our friends and family are the ones who steer us into doing our best.

What if somebody attempted to reason with Voldemort before he began his deathly obsession with immortality?

In the book One Flew Over the Cuckoo’s Nest, Nurse Mildred Ratched is a former Army nurse. She rules a psychiatric hospital with no heart.

The patients live in fear of being severely punished for doing anything that is not on her schedule.

…. Anything that brings them the smallest amount of joy.

Pick the type of villain.

There is the bully, the good character gone bad, the sympathetic villain, etc.

Nurse Ratched is written as the bully type.

In The Chronicles of Narnia the Lion, the Book, and the Wardrobe, the White White witch is a modified evil witch. Her name is a reference to the 100 year long winter spell she cast on Narnia.

She killed all humans, (including killed her family) so she could rule. She uses the forbidden magic and the fear of being overthrown to keep her crown.

The White Witch is a great example of why a villain should be in power over the hero in some way.

How does your villain rule over the other characters? Physically, mentally, or emotionally?

Thanks so much for reading, and be sure to check back for a new post next Monday! 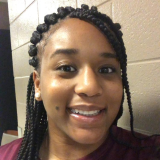 My name is Taylor Watson, and I’m a contributing writer and intern for Pro Story Builders.

My favorite book series is the Beautiful Creatures series by Kami Garcia and Margaret Stohl.

I am in the process of getting my Bachelor’s degree in Journalism. Any free time is spent with my two children that I’ve adopted. They are the sweetest and energetic dogs ever. We currently live in South Texas.

12 replies on “How to Write a Good Bad Guy: Learning From Examples”

Great job Taylor!! You had me going with your adoptees😀😀

That’s Great! Thank You for reading.

Hmm. Your article has me thinking what “bad” character story I could write. Thanks!

Fantastic job, Taylor! Very interesting read, and as a huge horror fan- I loved the subject matter! Looking forward to reading more from you.

Love your advice here! Especially about giving a villain some empathetic element.

This site uses Akismet to reduce spam. Learn how your comment data is processed.